Gina Roitman in Conversation with Esther Safran Foer: Unpacking the Suitcase; Uncovering the Past 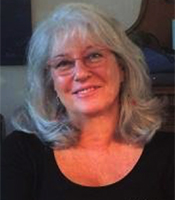 Gina Roitman is a writer, biographer and poet, author of “Tell Me a Story, Tell Me the Truth,” and co-producer of the award-winning documentary, “My Mother, the Nazi Midwife and Me.” As a child of survivors, her parents’ lives and stories paved the road she walks today. She believes the second generation has an inescapable responsibility to recount these stories and ensure that histories are told before they are buried by time. Roitman will discuss how she arrived on this path, how she captured her stories, and how she assists others in finding and writing their own. Using film clips and excerpts, Gina will share lessons learned in bringing this crucial and often harrowing past to light. 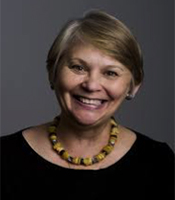 Esther Safran Foer was founding CEO of Sixth & I, an award- winning, downtown cultural hub and historic synagogue in Washington, DC, recognized as “a new paradigm for Jewish life. She was named one of “The Forward 50” Jewish leaders in 2008, and in 2015 Washingtonian Magazine recognized her as one of the most powerful women in Washington. She is currently working on a post-Holocaust memoir.

The 2017 October Fall tea featured 2G author Gina Roitman in Conversation with Esther Safran Foer on the topic “Unpacking the Suitcase: Uncovering the Past.” We also screened her acclaimed documentary, “My Mother, the Nazi Midwife and Me.”

RSVP for This Event

Bookings are closed for this event.