The Generations After, Inc. was created in 1979 as an organization of children of Holocaust survivors in the Greater Washington area.

It has expanded over the years to include grandchildren of survivors and survivors themselves with the merging of The Generation After, Inc. and Jewish Survivors of the Shoah and Friends of Greater Washington in 2015.

We are also affiliated with Generations of the Shoah International (GSI), a worldwide umbrella group for second generation activities.

Board and Officers:  There is a president, vice president, a treasurer, a secretary and a 15- member Board.

As an all volunteer group, The Generations After, Inc. is always seeking new members and volunteers to help run the group and its activities. To volunteer, please call 240-396-6467 or email generationafterdc@gmail.com.

How You Can Join Us

Join us by clicking here, filling out a membership form and paying annual dues of $36. Join our email list and receive information on upcoming events, articles of interest and the monthly Generations of the Shoah International newsletter.

Remember a Child provides pre-Bar/Bat Mitzvah families with the name of a child Shoah victim who was annihilated before he or she could become a Bar/Bat Mitzvah.  Families receive a Certificate of Remembrance to document this “match,” bibliographic/references, citations, or links to enable  families to conduct even more in-depth independent research. The current generation can thereby commemorate the lives of those one-and-a-half million children whose lives were so tragically curtailed. To learn more about the Remember a Child program click here. Read a profile of this remarkable program in the Washington Jewish Week.

Read about a recent success for Remember a Child in the Baltimore Jewish Week. 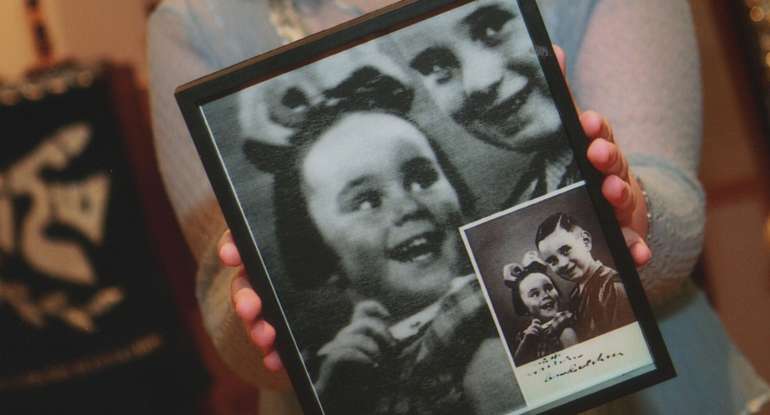 How One Young Holocaust Victim's Memory Forged a Community Across America

A series of uncanny coincidences draws an eruv of living memory around the soul of one little girl who perished in the Holocaust.

Virtual Garden Party took place September 13, 2020 with over 100 members in attendance. We heard stories  from 2G former Congressman Sam Gejdenson, 2G artist Miriam Morsel Nathan and 3G author Courtney Tisch, about the impact of living in survivor families.  To view the event and to see the video greetings from many members click here.

The Annual Fall Tea took place on October 2020. President Anat Bar-Cohen gave a year end report followed by a thought-provoking  panel discussion on "Confronting Anti-Semitism in the US." Moderator Robert Williams of the USHMM hosted Rabbi Abbi Sharofsky of JCRC, Seth Gordon-Lipkin of ADL and Elad Strohmayer of the Israel Embassy. Sarah Bloomfield, Director of the USHMM introduced the event. Board elections took place and a list of Board members and officers  can be seen here.

Book Group Meeting – The Generation After, Inc. members meet regularly to discuss books and topics of mutual interest to children of survivors. The next Book Group will discuss  "When Time Stopped... A Memoir of my Father's War," by Ariana Neumann. It will take place on January 10, 2021.  Contact Charlotte for info at generationafterdc@gmail.com.

Writing Group . GenAfter is hosting 2 Writing Groups with mentor Gina Roitman aimed at learning to transform memory into memoir.  For more information on joining a new Writing Group which will begin on January 17, contact us at generationafterdc@gmail.com.

GenAfter Shabbat Dinners   - Our potluck and intergenerational Shabbat dinners take place in members' homes in the DC/MD area.  Kosher and kosher-style options are available. We will resume Shabbat dinners as soon as the current pandemic conditions allow. If you are interested in attending or would like to volunteer to host a dinner, contact us at genafterevents@gmail.com.

Advocacy - Generations After and the Holocaust Survivors Foundation have worked for some time to introduce legislation to benefit beneficiaries of Holocaust-era insurance policies and new legislation is being introduced again. Although it has been opposed by the administration and Stuart Eizenstat (former and current negotiator for the Claims Conference) who fought against it in prior attempts.  However, at a recent Senate Judiciary hearing on “Legislation to Restore Holocaust Survivors’ Rights to Recover Unpaid Insurance Policies," Sam Dubbins, Esq. who has worked tirelessly and pro bono for the survivors, provided legal precedent that would prove Eizenstat’s arguments outdated and offered witnesses, such as David Marmelstein,  who gave statistical evidence that the prior negotiated settlements by the Holocaust insurers were grossly inadequate. Senators Lindsay Graham, Diane Feinstein, and others on the panel were supportive and this legislation is now being introduced. For more information, contact generationafterdc@gmail.com.

Zikaron Basalon is a unique small group format, developed by 3G's in Israel, to commemorate the Shoah.  GenAfter is working with 3GDC and survivors on these commemorations. The program includes survivor testimony, expressions of remembrance and an intergenerational discussion.  To learn more and to attend, future events, please write to generationafterdc@gmail.com.